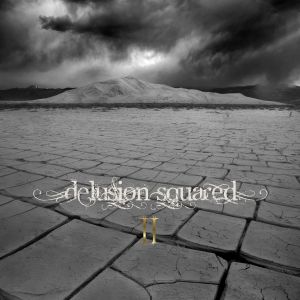 I never thought I would live to see the end of the world. It was all supposed to be a hollow trial, a setup to chastise the usurper. But in the end, I guess we committed our final sin.

Once I was a high priest in the Holy Mother Church. According to the hallowed scriptures, the Lady gave her life for our salvation, killing the flying beasts and forcing their retreat into the skies. They went dormant inside the icy vaults of the diamond dust ring and by studying the minute dust combinations there within, the common people believed they could tell the future.

But we members of the ruling priesthood knew better. The ancient mysteries were scattered deep inside the Temples and for hundreds of years we studied their remains, slowly gathering more knowledge about our primeval landlords. They were not beasts, but highly advanced humans - masters of unthinkable wizardry.

Armageddon was started by accident. A humble apprentice took it upon himself to tamper with an unexplored mechanism located deep within the vaults under one of the temples. The dust ring reacted. Over the following weeks it underwent considerable change, triggering waves of panic from the lowly people. The apprentice was soon sacrificed in the hope the Holy Mother would intercede and restore life as it was, but his life was taken in vain. During the inquisition, the Usurper revealed how the primordial machinery within the dust motes awakened, how it began the heretical practice of mingling frozen minds with new flesh to recreate bygone beings, including Her. Afterwards, they were indoctrinated into merciless warriors - their one and only purpose to slay us before restoring their own civilization.

They attacked us yesterday. Descending from the ring with awesome vessels, they slaughtered our people. Our men hastily prepared for war, many of them eager to serve the Holy Mother. They fought bravely. The most striking moment came when a young soldier encountered the Usurper. She hovered motionless in mid-air, so deeply appalled at the sight of the battlefield, she never even noticed when the boy attacked but was annihilated by her own energy field.

Forthwith, many of our men perceived her as she went from one statue of the Holy Mother to the next, her figure bearing a striking resemblance to The Lady. It was as if the Mother herself had descended from the heavens and was slowly becoming aware of her creation. She flew into a rage when she entered the temple, turning her wrath upon the clerics who had worshipped her for centuries. The multitude of priests and novices gathered around her, shouting their curses against this invader, this Usurper who dared to impersonate the Holy Mother.

The crowd soon overpowered her despite all her deadly powers. She was thrown into the dungeon and the inquisition began in preparation for the holy trial taking place today - except that she spoke of today as the day of the Revelation, the Day of Doom. She spoke of how we had turned away from her teachings, betrayed her vision, and perverted her dream. How we would meet our fate today and be sent into the void in expiation for our sins.

Indeed, an indescribable beam of pure, blinding light is now descending to the world and erasing it.

This is it. It is not about mere slaughter anymore. The very fabric of the world is blanked out, simply deleted. I'm beyond fear.

This is the end of the world.

Bad
The visions in my mind
A trial so unkind
Future or past, I'm
Torn apart if the half is
True
Sorrows I always knew
The grief as if on cue
I'm surrendering
To the dismay, the fear and the doubts

(CHORUS)
Is it torture, is it pain?
Am I alive in the end?
Feeling airborne, in too deep
Self-aware or insane?

Am I wrong or am I right?
Have I delivered such a fight?
A survivor in the wild
Clinging to the dirt
Rejected by my kind

Sad
Dream of a grand design
A secret to enshrine
A merciless plan
To become rulers of the
Void
A story yet untold
Intuition, uncontrolled
Delusion of a
Dire fate just about to come

(CHORUS)
Is it torture, is it pain?
Am I alive in the end?
Feeling airborne, in too deep
Self-aware or insane?

Was I wrong or was I right
When I brought them all the light?
A leader for everyone
I just did my best
Mother for any child

High
Above in the sky, stars are moving
The shiny ring starting to bend
Dust tellers frantically crying
The world is coming to an end

We are all the same, soldiers or pilgrims
The nightmares are gone
I'm feeling at peace within
Outside is a lake, black waters surrounding
Our ark as a nest
We're quietly preparing
Following
The innate orders

(CHORUS)
If you want peace, prepare for war (x4)

Like many children encased in a womb
We are getting stronger, devices of doom
A cog in the machine, forgetful of odds
(But why am I feeling like I'm a betrayer?)
A hammer of fate in the hands of the gods
(But why the revulsion, the mysterious fear?)
Becoming
Relentless soldiers

Defend the temple against the beasts at any price
Even the apprentice gave his life as sacrifice
Holy Mother, in your name we're prepared for the worst
Holy Mother, give us the courage to fight the curse

Holy Mother, why have you abandoned your people
Can't you see your gracious face on top of the steeple?
Holy Mother, is that you coming out of this star
Oh brothers despair, the lady is coming to war

(A perfidy, a trickery)
The boy throws himself into the light
(An unbearable deviancy)
And receives a mortal wound
(A sickening incarnation)
He stands embedded in pure white
(Aberration, desecration)
Falls and hits the ground

Snowflake in the diving glow
Contemplating the waves over the ground
A grimace of fear and awe
Spreading in the crowd around
Amazing, unearthly
The figure's face on the temple is me

Vision of a long gone past
Old memories overflowing the dike
Aware of myself at last
I am drowned and reborn alike
Distressing, unseemly
The statues' faces everywhere are me

Children in rags and slaves in chains
In the shadow of the temple
I'm starting to doubt my own sanity
Sheer wickedness, so much pain
When all should have been so simple
So far away from my dream
I discern a truth that cannot be

Gilded altars, precious idols
Everywhere in the holy place
Shining like a sunset upon the sea
An inner shrine, deviant cradle
Freakish hearth entombed in darkness
The revulsion rises up in me

Silver ashes, bones in the sand
All the clues of expiation
Of a hapless soul put to agony
I can see now, I understand
The extent of this corruption
So far away from my dream
The heaviness of the stares on me

All the things I explained, the lessons that I taught
All the love I gave you, my vision led to naught
Trying to raise you up, my mission toward you
Something to dream about, a sparkle that you blew
All this degradation, pathetic fetishes
My unraveling dream, turned into mere ashes
All the crimes in my name, all the insanity
Your despicable claim, outright blasphemy

(CHORUS)
Liar, cheater, distorter - we are dismayed
Falsifier, phony - we are outraged
We will demand, compel, stop this nonsense
We will destroy your sheer existence

Hanging in the air,
I curl up under the misery of my soul
Shriveled inside me
Malevolent glare
In the multitude, in the eyes of the crowd
Gathering around me
Surges of black water
A tide, a torrent of mud is coming down,
Hurtling down on me
Paralyzed with anger,
A million arms, a million claws reaching down
Seizing hold of me

Hear me, oh brothers
Someone has to pay the tolls
To the Holy Mother
For the salvation of our souls
Forthwith confine her
Tomorrow's gonna be the day
Of the hallowed trial, for always
There's a price to pay

Tell me why
In the name of all the children I once birthed
The world for you to share
Tell me why
Everything that could have been heaven on earth
You turned into a nightmare
Oh tell me...

Aching flesh on broken bones
Cold as ice, my withered soul
In the silence of the stones
In the darkness of the hole
I foresee my bitter fate
I endure my dire straits
I am

(CHORUS)
Waiting for a miracle
Or waiting for a fatal wound
To attain eternity
And what if
all this was simulacrum ?
What if the dungeon around
Is one more place that cannot be?
Maybe I'm just a kid in the arcology
Dreaming elaborate games
Of prodigious destiny
Maybe I'm just a girl, about to leave infancy
Dreaming my life, stealthy

All the flowers I have sown
All the terrors I have tamed
The pain of being alone
The pride of being named
Could all this be a delusion?
Was it an introduction
To my end?

(CHORUS)
Waiting for a miracle
Or waiting for a fatal wound
To attain eternity
And what if
All this was simulacrum?
What if the dungeon around
Is one more place that cannot be?
Maybe I'm just a kid in the arcology
Dreaming elaborate games
Of prodigious destiny
Maybe I'm just a girl, about to leave infancy
Dreaming my life, stealthy, lonely

Here is the light from high aloft
Erasing your world, devoid of passion
Meandering its way, sweet and soft
It turns everything into oblivion 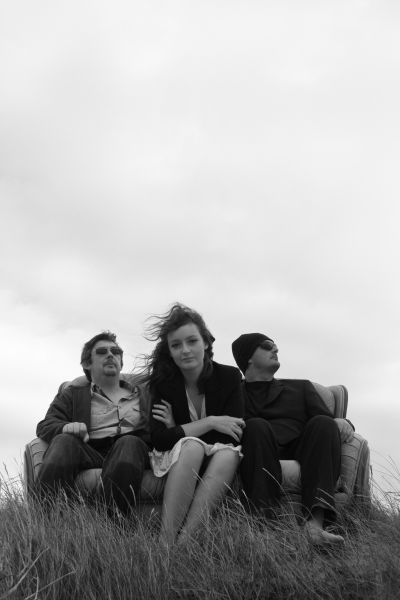 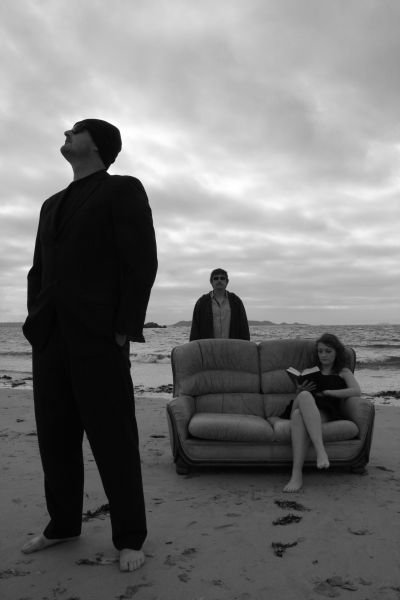 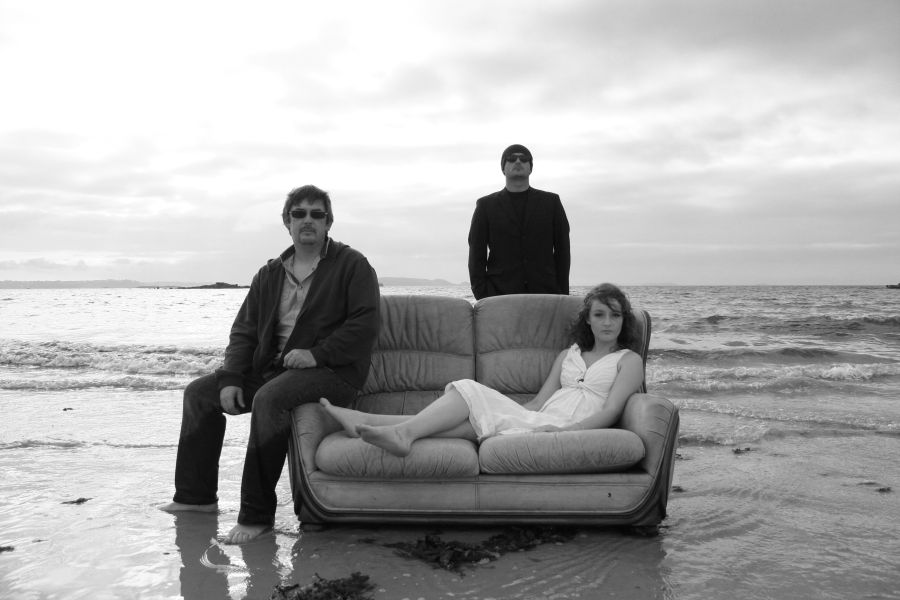 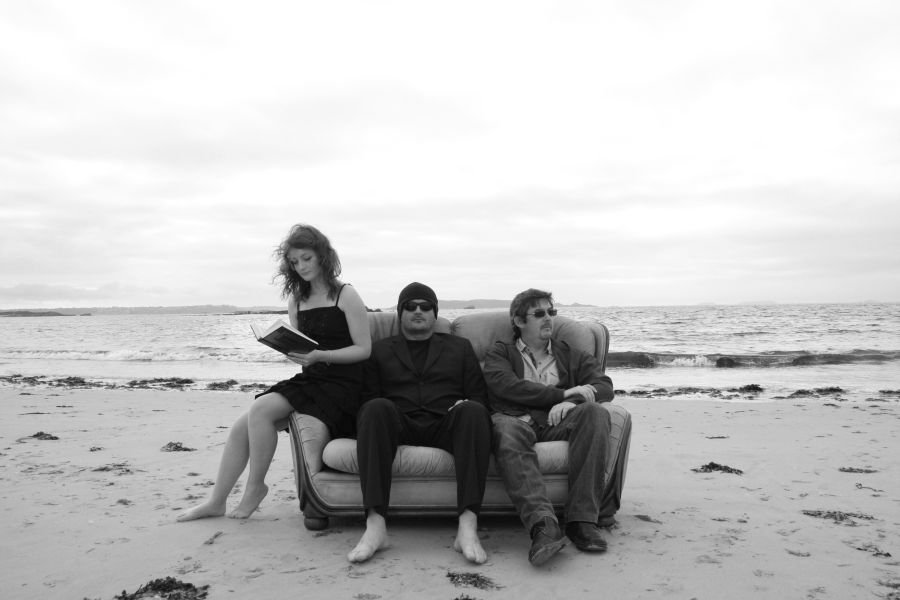