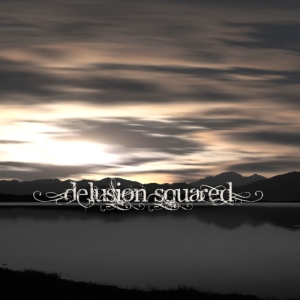 Once upon a time, there was a girl who was born inside an arcology. Due to the harsh conditions prevailing on Earth after the great wars, the remaining humanity had locked itself inside tight enclosures, except for some poor lost souls outside, who tried to survive in a polluted and sometimes deadly environment. Within the arcologies, people were organised much like in the ancient time, with powerful corporations keeping them busy by inventing new desires and merchandise to buy. Thanks to technological progress, artificial intelligences ran the arcologies and provided people with virtual sensorium and endless simulations. The girl was quite uncommon, in that she felt an aspiration towards real life rather than virtual existence. This is the story of her life.

According to the elders, she was found by the lake-shore, where she had been abandoned by the arcology militia, in a state of extreme shock. Convinced this was her time and place of dying, she had laid still by the water, for several hours, in pain and confusion because of drugs she had been injected with, remembering her past. How she had grown up inside an enchanted world, where she could play the princess and command to armies and dragons alike, thanks to hologram displays and virtual worlds conducted by the AIs. How they were kept ignorant about what laid outside the concrete and glass walls of the arcology, and driven to embrace the AI-designed way of life. She was stunningly beautiful. It was customary for every child within the arcologies to receive genetic engineering to that end, in addition to enhanced health and other gene alterations. Growing up, she was more and more dissatisfied with all this, and she began to resent having to deal with smart machines and having to bear superficial relationships through virtualscapes.

She soon revolted against her condition. Feeling a strong inclination to the physical world and to vibrant, organic life, she decided to bear a child. Being a mother became an obsession for her, but it was complicated due to her genetic modifications. Indeed, the corporations offering genetic altering services were very anxious to protect their intellectual property. Thus every child was to be sterile, by contract. That included her, but she met a rogue gene hacker who agreed to tamper her DNA, and she became pregnant. Unfortunately, the hacker betrayed her and she was arrested.

The gene altering corporations sued her on charges of genetic piracy. Her trial was a nightmare: she had her conscience invaded by cognitive surgery and was declared guilty with no chance to explain herself. The plaintiffs were AIs running the corporations, and they had good reasons to try and get an exemplary punishment: being artificially created entities, the AIs were legally considered a product of immaterial creativity. Thus they had been inclined to strengthen the regulations protecting it. As a consequence, any action taken against intellectual property rights was considered as a crime against the AIs, jeopardizing their very existence. And thus, she was convicted and condemned to exile, and they brought her to the lake-shore, probably to give her a chance at survival. That was when we found her. She had been beaten and drugged, and was no longer pregnant, for the corporations AIs had had their way. First she was very afraid of us, and it took the persuasion of a small girl to sooth her and to coax her into letting us tend her wounds.

We took great care of her in the following weeks and gradually she became one of us, a member of the community. At first it was almost unbearable for her to adapt to the necessities of our survival, but she was very brave and determined, and she did her chores and was hard at work and willing to learn. After a while she started exploring the ancient dumps around, digging into the pervasive dust, in the hope of exhuming some relic of a long gone past. Her most cherished finding was probably the rusty mechanical music box that she sometimes made to play, surrendering after the children had asked her for hours...

In the following years, not only did she master the various tasks she was charged with, but she began to improve things around her. Small inventions, great organisation skills and solid common-sense were her strengths, and people started to consult her about practical matters as well as to benefit from her wisdom. She was always helpful and good tempered, even though every birth in the community was a very significant event to her, tearing her mind between the joy of a new life and her sorrow about her past and the fact that she would never carry a child. Another deeply troubling event was when the arcologies around began firing huge spaceships. The deafening noise of their departure was nothing compared to the glaring light coming from the fusion rockets. The great departure was a turning for her, and for all of us. Her resolve was strengthened, and she began to teach us about our duty as a people, the remaining ones, to come to peace with the Earth and to cherish and preserve all things alive, for the generations to come.

She died an old woman, in year ninety-seven after the Great Tear. By that time, she had achieved much, gathering most of the nearby tribes into one. She had recovered ancient knowledge from the abandoned arcologies, and put it to use to restore the soil and to boost the wild life around us. She had split our genes so that we were more resistant to the residual pollution from the desert lands abroad, allowing us to expand our reach. She had shared the ancient knowledge with us. Most of all, she had given us a purpose in life, and a long term perspective. When she left us, she was considered by many a Goddess, an envoy from the Heavens, whose destiny had been to guide us on the second chance path.

They called her the Mother-of-all-people.

Once, we were driven to thrive on techno-glory
Driven not to understand
We were so gullible, eager to embrace destiny
we hid ourselves behind a dam
It was never made for our preserving
You can try
But it is too high
Barely I can hear them screaming

Once, we were drowned into desire and envy
It was meant as perfect life
't was a perfect dream, another never ending story
The Mother of all strife
For the goal had never been sustaining
You can check
But it is too late
Already I can feel the rumbling

The corporation copyrights constitute the foundation of our current technological society. For several hundred years, every creative advance has legally been a product of the artificial intelligences. Formerly owned by the corporations, the AIs have undertaken to subsume themselves into the corporations. Being a product of immaterial creativity, they have naturally sought to strengthen the regulations protecting it. As a consequence, nowadays, any action taken against property rights is considered as a crime against the AIs, jeopardizing their very existence

06 - By The Lake (Mourning)
instrumental

(CHORUS)
First a seed, then forever you grow
Feel your sap flowing right under your skin
Forget weeds, turn away from your woe
Take root with us, let your life begin

An ancient place like a temple
Desert as a boundary
Machinery, junks of metal
People come to see me

(CHORUS)
First a seed, then forever you grow
Feel your sap flowing right under your skin
Forget weeds, turn away from your woe
Take root with us, let your life begin

Now they're long gone into space
Probably engaged in some arcane praying
Digitalized consciousness
Are they a different kind, or just another seeding

I have no more sorrow
Solace aplenty, for all my life I am grateful
I am an old woman now
I know they call me the Mother-of-all-people

To be in this very place
To have attended the great split of humanity
Now my time has to come to rest
I hope they will thrive, and someday be reunited